Final polls vs. vote tally - 1º round

Historically, did voters break left or right at the end of the campaign?

The stakes couldn't be higher. 147 million voters go to the polls this Sunday, Oct. 7, to elect their next president and vice president, as well as governors of all 27 states, two-thirds of the senate, all 513 members of congress, and 1,059 state deputies. (As an aside, Brazil has 10 million more voters in its 2018 electorate than turned out in the U.S.' 2016 general election.) The punditry is divided. Bolsonaro's upward trend in the past week has his supporters convinced that he will win the necessary 50 percent (plus one) to avoid the runoff scheduled for Oct. 28, whereas loyal petistas say that it's a political and statistical impossibility.

I looked at the polling trends since democratization and compared them with the final vote tally. Since Datafolha and Ibope are the most reputable institutions (and since they are the only ones to have a long enough track record), I averaged the two to estimate the final, best guess of the pollsters immediately before Brazilians went to the polls. The results are below.

The graph indicates overperformance of the polls shaded in green and underperformance in red. The highest variance was in the last election, 2014, when Aécio overperformed the poll that was released the day before election by nearly 10 points (9.6pp). The second highest was also PSDB, in 2006, when Alckmin seemingly jumped 8 points between the time the last poll was conducted and when ballots were cast. The third highest overperformer was Enéas of PRONA, the far-right nationalist party, in 1994, when his poll numbers weren't even reported by Datafolha but he won more than 7 percent of the vote. Fourth highest was FHC in the same year, when he outperfomed his polls by 6.2 points to win in the first round.

Elections are rare events. We can't infer anything with confidence with only seven observations. We can say, however, that since 1989, no leading right or center-right candidate has underperformed their final poll numbers in the first round of voting. 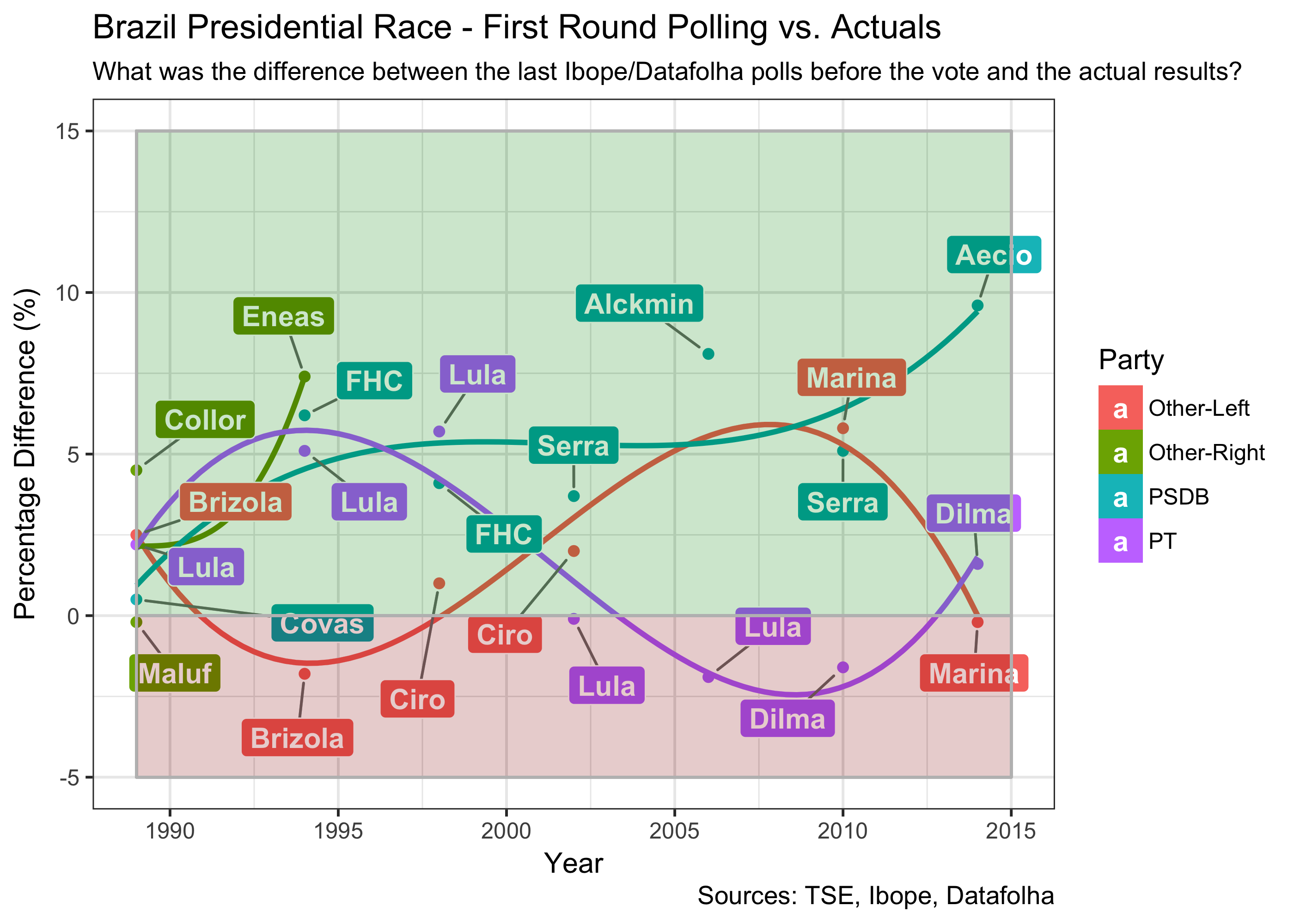 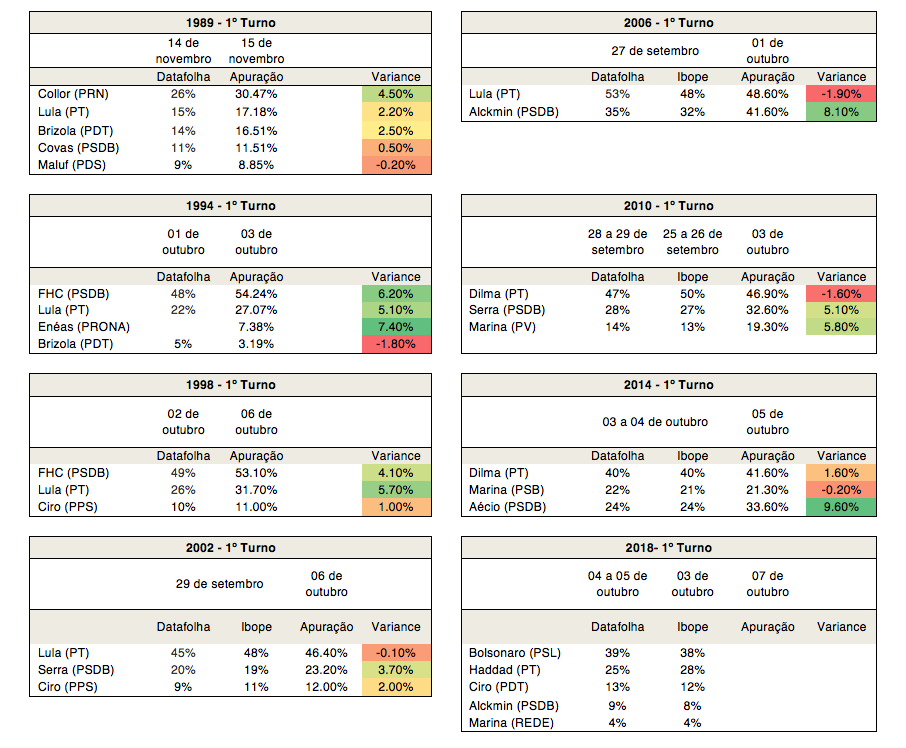