The field was far thinner than in 1989 or today. The PSDB-PT alternation hegemony was still intact (with the PMDB quid-pro-quo-ing its way into the VP slot). When he left office, Lula's popularity ratings were the highest of any world leader at 87 percent (with an also-astronomical 80 percent of respondents approving of his government). 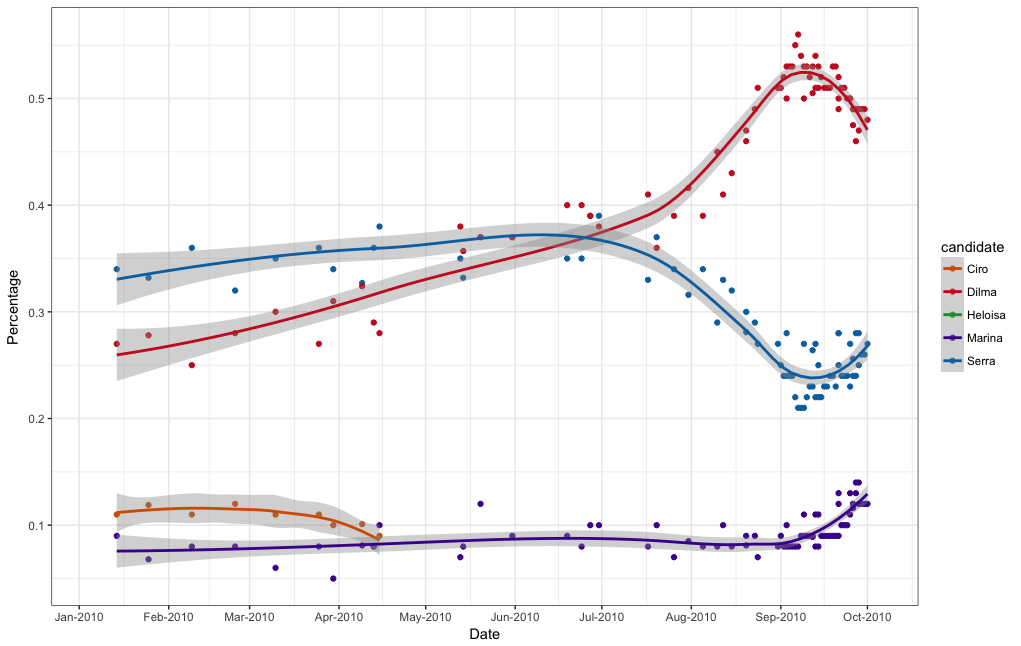 Serra and Dilma's tracking polls diverged at a late-June inflection point, right after the party nominating conventions. On June 13, 2010, PT delegates held a pro forma vote to officialize Dilma as their candidate (and Temer as her vice-president, a nod to how effectively the PMDB had quietly consolidated political power in the preceding years). At the nominating convention, Dilma said that she would "continue Lula's Brazil" but "with the heart and soul of a woman." After that, the campaigns ramped up, and Lula appeared on TV and at rallies nearly every day on behalf of Dilma. The race was never close after that; Dilma narrowly missed winning in the first round (by 3 percentage points), and she/Lula beat Serra by 12 million votes (12.1 percentage points) in the runoff.

It's hard to imagine how 2018 could out-crazy the 2014 election. When I first produced these plots I thought there was something wrong with the underlying data because of the pattern of polls for Marina. Then I realized that Campos had been removed from some poll aggregators. Marina sent out a trial balloon of her candidacy for the top of the ticket early in the year, but then accepted the VP slot for Campos, who was killed when his Cessna crashed outside of São Paulo right as the campaigns kicked off in mid-August. (Interestingly, Lula gave a recent interview in which he said that in 2011, he invited Campos to be Dilma's VP in 2014 with the understanding that Campos would then be the consensus leftist candidate in 2018.) I re-added Campos' polling figures from Datafolha to get a sense of his trend line of support prior to his death.

The 2014 field was much more contested than in 2010, coming just a year after the mass street mobilizations in 2013. Nevertheless, there was every indication that Dilma would make it to the run-off under any scenario.

Here are the first round polling trends over time (excluding candidates whose average was 1% or less, except for Luciana Genro [average: .07%] because I'm interested to see how Guilherme Boulos fares relative to her, given the political articulation work PSOL has done since the last electoral cycle.) 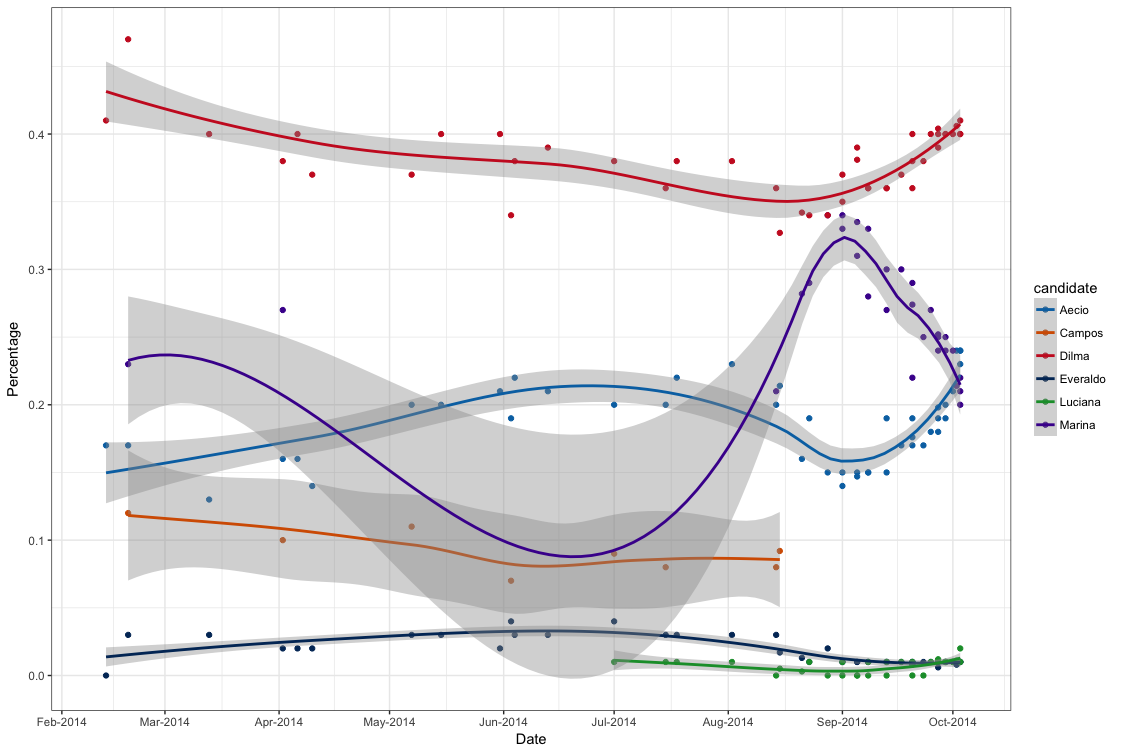