Here's some longitudinal trends in Lula's polling disaggregated by the company/institute that conducted the research. As expected, Vox consistently reports the highest levels of support, though the aggregate trend line shown on the first page seems to most closely match that of Datafolha. It's somewhat surprising that Paraná's trendline is upward, but that may be due to sparseness of data. As shown in the aggregate polling for all candidates on the home page, Lula's polling increased dramatically after he was first detained for questioning on March 4, 2016, and leveled off and/or tends downward after the January 2018 "conviction" and his jailing on April 7, 2018. 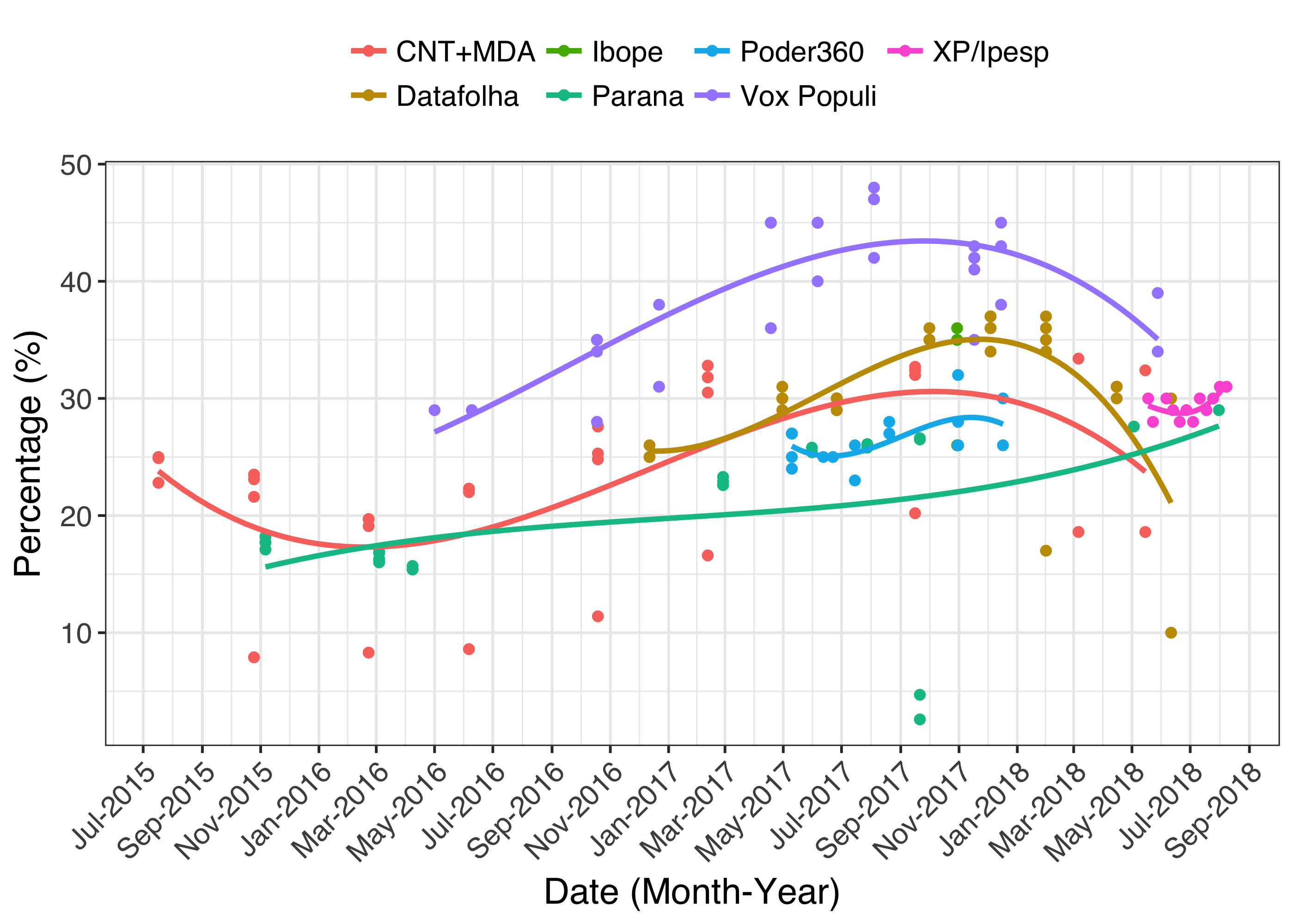