Don't have time to write a full post right now, but here's what I just wrote to a friend/collaborator:

This feels a lot like a pseudo natural experiment. There are academic theories that say political parties are decisive (which would probably have Alckmin winning at this point), others that talk about candidate-centered and mass politics (which would probably favor Bolsonaro or Marina, who continue to poll highest despite having minimal party infra backing them), and the Thomas Ferguson/investment theory of politics folks who would say, follow the $/business alliances. They would put their money (literally) on Alckmin or possibly Bolsonaro, both of whom seem to have the most support among different capital fractions (agribiz, industry, finance). And then there is the hopeful, social movement theories which might look at the kind of organizing and mobilizing going on at the grassroots level, which wouldn't rule out Ciro or whoever Lula throws his support behind. Then again, if that same school of thought is being intellectually honest, they also would not discount whoever the evangelical church backs. (I think we talked about this: the neo-Pentecostals now represent 25% of the electorate and have a SUPER organized base, which takes cues from the megachurch pastors, who have been downright reactionary of late. It's a good negative case for contrasting more democratic forms of organizing for power.). 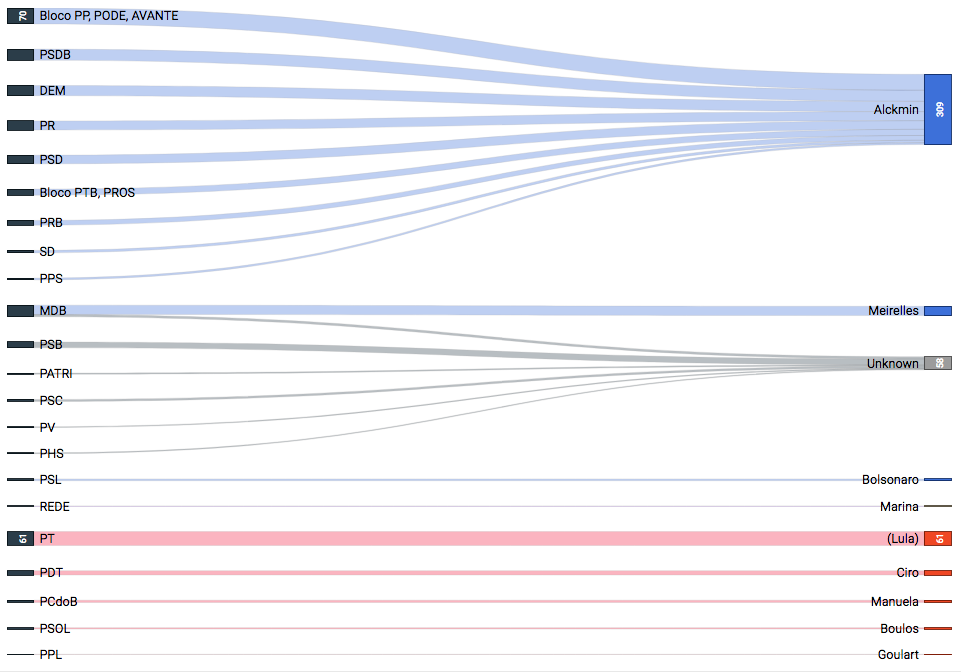